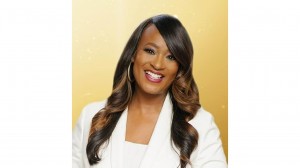 Dr Lenika Scoot is a prophetess, intercessor and worshipper. A true child of The King, whom He uses to set the captives free. She has been chosen because of her passion for healing and deliverance to those in bondage, crossing boundaries to see this accomplished. When going into battle, it is an honor to have her on your side. The anointing and mantle that she carries is one of a knight. A Royal Knight of The Kings Table.

In 2009, God opened the Heavens over Lenika’s life. She experienced a major breakthrough in business after partaking in a 21 Day Fast.

He then shared with her that many Christians needed to understand the power of fasting and how fasting with prayer can break open many things that are being held back. This ultimately led to Lenika Scott releasing her first book, “Fasting for Breakthrough” how a 21 day fast can change your life.

With guidance and help from God, she man-ages an immaculate household of six daughters while being a submissive wife to her wonderful husband Gregg Scott. With dedication to her self-worth, she strives daily to keep herself healthy, fit and lovely.

In 2007 she was a mom who decided to leave her career to stay at home and give her children a more stable, loving environment. It was a financial sacrifice to give up her salary of over $50,000. However, she and her husband agreed that the needs of their children outweighed the pursuit of her career. Lenika was always ambitious! She decided to turn to the Direct Sales industry to earn extra income from home and contribute to the bot-tom line of her family’s financial state. This decision would be one of the most pivotal decisions of her life. As she looks back, she realizes and admits this was a spirit led decision.

God is raising her up during this season to teach his people about wealth, debt freedom and living a victories life. Not only in the area of spiritual healing and deliverance but also finances. God has allowed her and her husband to break many records in the business arena but most importantly they both have been very instrumental in helping others break free financially.

In 2009, Gregg & Lenika Scott built a million-dollar business from the ground up. Two years later in 2011, their business completely crumbled and they ended up losing everything—home, cars, assets—all gone! As a result, they found themselves standing in line seeking government assistance to feed their large family of eight. But they made a decision to quickly pull themselves together.

Lenika emphatically recalls, “We did not focus on the pain but instead on the promise. We chose to focus on the vision we had for ourselves and our family.” Their core purpose and vision was to live debt-free, own their home outright and to leave an inheritance for their children. Because of the power of intentional focus, within two years, they were able to bounce back, purchase their dream home with CASH, build a multi million-dollar enterprise and recover it all. “Whatever you focus on the longest will become the strongest,”.

She hit the #1 position on Amazon on opening day with her new release Angelic Allies which is a book that was picked up by a major Christian Publishing company Destiny Image. This book is already set to be a Best Seller all around the world.

Lenika and her husband Gregg are marketplace ministers. They have been blessed with 6 beautiful daughters and a beautiful grand daughter. Her ministry focus on obedience and being sensitive to the Fathers voice. Lenika is very passionate about seeing others led to Jesus.