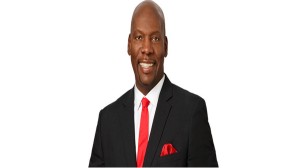 Since he came on the national scene in 1990, there have been many titles associated with Ben Tankard, from the Quincy Jones of Gospel to the father of GospelJazz.

Ben explains, “Technically, the music is the same. A Christian “C” note sounds the same as a non-Christian note, but as a minister, God releases His Spirit and power through me and the music becomes a vehicle-of-salvation to carry God’s love, healing and deliverance.”

As a modern day “David” and often referred to as “The Minstrel,” Ben Tankard has a strong anointing to play under the unction of the Holy Spirit and has witnessed tumors melting, people being raised out of wheel chairs, deaf ears opened, and relationships mended in his concert-crusades.

Tankard states, “signs and wonders must follow when a minstrel plays. We should expect debt cancellations and all other yokes to be destroyed and burdens lifted when our music is played.”

He has won 9 Stellar Awards, 34 Stellar, 8 Dove, 3 Grammy nominations and is the best selling GospelJazz instrumentalist in the world.

With over 21 Gold and Platinum Records lining his walls, Ben has earned 13 Stellar Awards, 1 Blue Mic Award, and has multiple Grammy, Dove, and Soul Train Award Nominations and is the best-selling gospel/jazz artist of all time.
Also a “hit-maker” producer, Ben discovered Yolanda Adams and has produced several top records for her, as well as collaborated with Take-6, Fred Hammond, John P. Kee, and others.

Tankard’s 1997 hit song “Git Yo Praize On,” with his ensemble, Tribe Of Benjamin, has become the most used phrase among praise teams.

All this from a man who has never had one lesson!

THE FAVOR OF GOD

In 1998 one of his mentors, Dr. Creflo Dollar, laid hands on Ben and commanded him to “dare to be different” and avoid the “hireling spirit” in his ministry. Therefore he has a unique approach to concerts and tour life.

“When I minister, I don’t have a set contract fee. I give sponsors the raw travel costs to get to their city and then depend on faith for the increase. We generally are given a love seed. What they sow into Destiny Center Missions for sending us to them is between them and God, we put pressure on the Word-not people,” proclaims Tankard.

While this approach seems unconventional, Tankard finds it to be successful system. “When you obey God you gain favor which is far better than money.”

For a traveling minister this favor can show up in many ways such as free use of airplanes, tour buses, studio equipment being literally sown and lent for His service, concerts being sponsored and underwritten by major corporations, T.V. and radio production services being provided, etc. — the sky is the limit. God can make a way!

The key is to concentrate on taking care of God’s business and He will in return put people and materials in your hand to accomplish his plans, purpose and destiny for your life.”

Tankard’s life has not always been a bed of roses and he has had his fair share of “turbulence” in life’s flight.